A case in which some Police officers are accused of  murdering Police Constable Mokalekale Khetheng will be heard on the 3rd of May this year.

The postponement comes after the court heard evidence of Police Constable Tumelo Ntoane, who testified against the accused and told the court that, he lied about what happened to the deceased in order for him to stay alive.

Ntoane said, following the arrest of the deceased and amidst rumors that he was dead and missing, Thabo Ts’ukulu, who is one of the accused in the matter, told him together with Police Constable Makotoko in a meeting that they should state that Khetheng was never arrested, but was brought in to the office to see Tsúkulu, but he left on his own while waiting to be attended to.

Ntoane testified that the statement they were instructed to give as ti what had happened to Khetheng, was a lie. He further told the court that, Tsúkulu once told him that he should stick to the story if he wanted to stay alive and work for the LMPS.

Khetheng is alleged to have been killed by his colleagues, but this has been refuted by the defense who claim he was never arrested.

The case is before Judge Charles Hungwe. 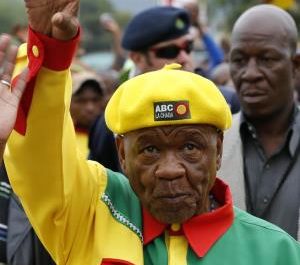 The Secretary General of All Basotho Convention (ABC), Mr. Samonyane Ntsekele has confirmed that Prime Minister, Dr. Motsoahae Thabane arrived in the country from Bloemfontein today, following his admission at one of the hospitals.