A member of Parliament for Stadium Area constituency Mr. Mokherane Tsatsanyane  has threatened to leave Democratic Congress and go back to All Basotho Convention.

Tsatsanyane stressed in a recording making rounds on social media that  he was in a meeting with constituency committee where he said that if Thamae branch does not want him along with the people he crossed with, then he is pleased to leave DC and go back to ABC, as the new leader Mr. Nkaku Kabi has approached him promising to make him deputy leader if he returns to ABC.

He added that he crossed to DC with many people whom he can convince not to stand for primary elections, saying that, this hostile treatment he is getting, is the same reason he left Alliance of Democrats.

On the other hand, ABC Spokesperson Mr. Montoeli Masoetsa said, they are not aware that Tsatsanyane is returning to ABC as there is no official communication from him.

Two siblings aged 9 and 16 of Ha-Belo in Botha-Bothe were laid to rest yesterday following an incident in which the house they were sleeping in was burnt to ashes. 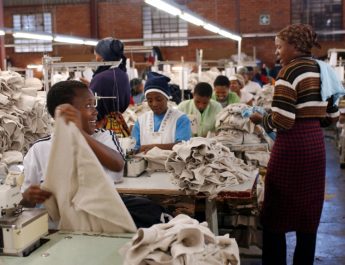 About 800 factory workers at NIENHSING Group are on the verge of losing their jobs.