A South African private security firm will hire outside lawyers to look into its activities in Mozambique after Amnesty International accused it of firing indiscriminately on civilians while helping the government fight an insurgency.

In a report issued this morning Amnesty accused both the government and the insurgents of war crimes against civilians including killings, dismemberment, torture and abductions.

Mozambique has previously denied accusations that its soldiers had committed atrocities, saying the killings blamed on government forces were carried out by Islamist insurgents impersonating troops.

More than half a million people have been displaced and hundreds killed in Mozambique’s Cabo Delgado region since Islamist militants launched an insurgency in 2017. 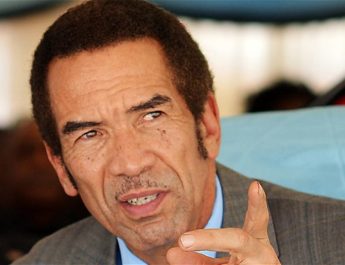 Botswana President Ian Khama bid farewell to his cabinet on Saturday, as he prepares to step down this week to end his 10-year tenure on 31 March, having taken office on 1 April 2008.

South African Council of Churches -SACC has called for a dialogue on foreign nationals which is expected to be next week, following the threats that were made by South Africans to expel foreigners.

Over 4 million Ukrainian children have fled their homes in the six weeks since Russia’s invasion.