After three intensive days of Lesotho Revenue Authority (LRA) Hackathon open platform for youths innovators which was staged at Berea, Team Veteran has scooped the competition and thus getting a whooping prize of M30,000,00 as the first prize.

LRA Hackathon open platform competition for innovators was intended to strike strategic partnership with key stakeholders in order to invite innovative ideas and processes which can be implemented to address compliance issues.

LRA Commissioner General Mr. Thabo Khasipe remarked that the issue of innovations forms part of the main priorities of LRA, adding that in as much as they work with money; it is financial capital which needs to be supported with other sources of capital.

One of the judging panel members, Mr. Tumisang Liphoto said among some challenges encountered, most people were not presenting their systems architectures showing what the system is doing in relation to LRA processes they will be trying to solve to LRA and Lesotho’s contest. He added that most presenters were not able to tell how and why they have selected a certain model. 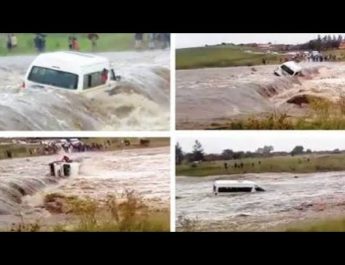 At least 32 people including children have been killed during armed raids in South Sudan’s eastern Jonglei state.