At least 53 people died in western Ethiopia after an unidentified armed group attacked a civilian convoy and its military escort in a region plagued by ethnic violence.

The Ethiopian Human Rights Commission said, twenty soldiers and three civilians were killed in the ambush, while 30 attackers died during the day-long gun battle that followed.

It said eleven more people were killed the following day – including one who was burned alive – as security forces rounded up suspects and carried out summary killings.

The commission investigated the incident after a video posted on social media on Friday showed armed men, some in military uniforms, using a stick to poke a man back onto a burning pile of bodies after he tried to escape. The government said it would act against the perpetrators. 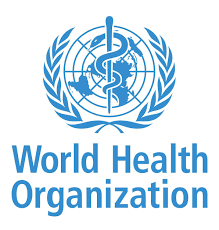 The World Health Organization says the Ebola outbreak in the Democratic Republic of Congo has spread to a city, raising concern the deadly virus may prove tougher to contain.

Some members of the public have expressed discontent that Mr. Jason Shao-a Chinese national by origin, but a naturalized citizen of Lesotho, is among the candidates contesting the October general elections.

The Prime Minster Dr. Moeketsi Majoro says for democracy to prevail, amongst other things, justice has to be served