Basotho National Party’s leader, Mr. Machesetsa Mofomobe says they only need a year or two, to transform this country’s drowning economy, once elected into power in the coming general elections.

Speaking at the party’s rally at Teyateyaneng on Sunday, Mofomobe said it was only during BNP’s governance, where Lesotho was able to feed its people, own local banks, cooperatives and airplanes and was able to build houses for vulnerable people, but that changed when a different political party assumed office.

He emphasized that corruption remains a major downfall for the country, hence the need for a capable political party such as BNP to be on the lead.

He also said the country needs a proactive leader who has a political will that will result in development and growth of this country’s economy.

Members of Parliament have given the greenlight to the Senate’s Amendments made to the referendum Bill, 2021 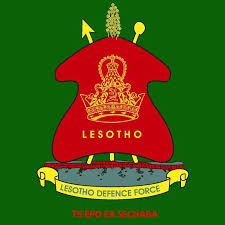 Members of Lesotho Defense Force who are stationed at the borderline in Leribe have successfully rescued 80 sheep from Mokhotlong in the villages of Bobatsi and Thabang where they were about to cross illegally to South Africa to be sold.