In light of the growing scourge of Gender Based Violence, men in Qacha’s Nek have formed a Brotherhood social club named Khotla-ha-Makhaola, to encourage boys and men to unite against Gender-Based Violence.

The Founder of the club Mr. Tankisang Mapuru said, their aim is to instill discipline and promote community development amongst men and to encourage them to also break the silence.

He also said they have joined efforts with another women’s club-Malapa-Pele, where they groom young people and advise them against joining vigilante groups. He said both their clubs will meet with boys and girls during independence holiday break, to discuss issues that promt them to engage in criminal activities

Police Public Relations Officer Senior Superintendent Mpiti Mopeli says, the rate at which crime is escalating in the country impacts negatively on the economy and welfare of Basotho. 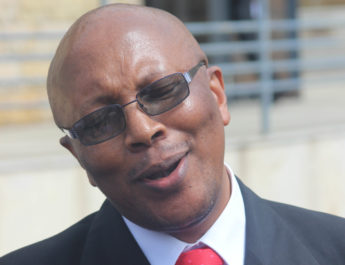 The Democratic Congress party Public Relations Officer Hon. Serialong Qoo has informed the factory workers at Ha-Thetsane Maseru industrial that the current government is full of failure, as it has not given them 9% which was promised by the former government and 7% which it promised to give as the present government.