Lesotho Congress for Democracy has withdrawn from the National Reform Authority, following its failure to implement the agreement that was reached, to put on hold, the prosecution of LCD and Movement for Economic Change’s leaders’ court cases. Mr. Mothejoa Metsing as well as Mr. Selibe Mochoboroane.

LCD’s deputy leader Mr. Tséliso Mokhosi says it was in November 2018 when they signed an agreement with the government to put on hold the prosecutions until NRA’s mandate was met, as it was called in place to retain the political instability in the country, but until now, the government has failed to comply hence the reason LCD’s leader Metsing did not show up at high court.

Mokhosi said Metsing was safe wherever he is and they will have a meeting with him during this week to discuss what really compelled him to disappear because he was positive on Sunday that he would attend.

He also said they did everything they could to consult with relevant stakeholders to intervene in the matter, and they all agreed that the trial should not proceed until the government has implemented the agreement however, they wished their leader could have shown up to quash the suspicions on him regarding the trial.

At least 16 people died and eight others were injured early yesterday in a fire that engulfed an upmarket nightclub in Cameroon’s capital Yaounde.

The Minister of Home Affairs Mr. Motlalentoa Letsosa together with the Principal Secretary in the Social Development ministry, Mrs ‘Mantsenki Mphalane, welcomed a 22 year-old Mosotho woman who is a victim of Human Trafficking 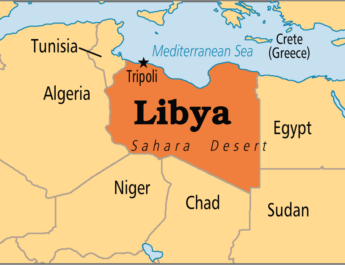 The Libyan charge D’affairs in Lesotho His Excellency Dr. Abdulhafed MM. Jaber says the reports that people of African descent are being smuggled to their last stop in Europe not as immigrants but as slaves are not being taken lightly by the Libyan Government of national accord.