Lesotho should be commended on the conduct of the elections. The Brenthurst Foundation’s election observer mission, says the election procedures were peaceful, efficient, transparent and free of interference by political parties or security officials.

The mission led by Mr Tendai Biti, former Finance Minister of Zimbabwe and a Vice-President of the Citizens Coalition for Change and included other members from South Africa, Tanzania, the Democratic Republic of Congo, Ghana, Zimbabwe and Sudan reported that officials were well-trained and displayed authority and compassion.

The mission however noted that, turnout at polling stations appeared to be lower than expected at the 434 polling stations visited by the observer team. It therefore concluded that the activities of voting and the counting of ballots on election day at the polling stations were free, fair and credible.

Public relations manager in the Ministry of health Mrs Mamolise Falatsa says because health issues are sensitive, failure to publisize them correctly can cause harm 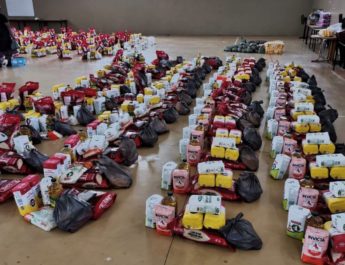 At least 570 beneficiaries from six Community Councils of Quthing will receive food packages from the Department of Social Development at different distribution point identified from their respective Community Councils.