One concerned street vendor in Maseru CBD Ms. Lineo Motsamai says, politicians should stop capitalizing on Basotho’s vulnerability as their campaigning strategy to solicit votes. This, Motsamai said against the backdrop of the ongoing political campaigns held in preparation of the 7th October general elections.

She said politicians should focus on youth empowerment projects as youth unemployment is amongst the contributors to the ever increasing criminal activities and substance abuse in the country, rather than use major developmental projects to lure unsuspecting voters into electing them.

Sharing the same sentiments Mr. Mokoaline ‘Neko advised those who will be elected into government to also focus on bringing peace and stability as that will help resolve political divisions that have contributed in the collapse of this country’s economy.

Lesotho will hold its general elections on the 7th of October

Malawi’s president has warned ministers against corruption after swearing in a new cabinet yesterday.

About twenty graves are reported to have been affected by recent floods and mudslides in Thaba Nts’o Mokhotlong. 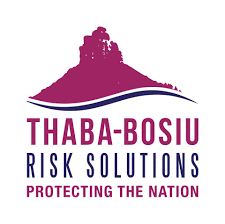