Some members of the public who opened their businesses on election day countrywide, were arrested for breaching the electoral Act

Caught red handed by the Mapholaneng police at their respective shops that sell alcohol and grocery, were a man and woman who are residents of Makhoaba in the Malingoaneng Constituency.

An officer commanding the Mapholaneng Police Station Senior Inspector Mphelehetse Khatleli said, the man is apparently a Community Councilor while the woman is just an ordinary villager.

He said the suspects will appear in court soon 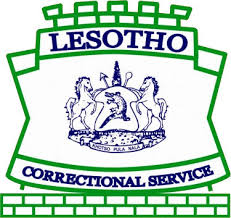 Lesotho Correctional Services officers who have been summoned to appear before the ombudsman inquiry committee say the fear for their lives after receiving threats upon giving evidence regarding LCS promotions.

The minister of social development Hon. Matebatso Doti says it is everyone’s responsibility to ensure safety and protection of the elderly in order for them to avoid dementia and depression

The country of Lesotho is said to be having a good record in signing many treaties of international humanitarian law, however it is failing to implement and comply with provisions of all those treaties.