The chairman of the Independent Electoral Commission IEC Mr Mphasa Mokhochane says Basotho went to the polls last Friday to elect the government of their choice, with the believe that their vote will be their voice. In his closing remarks Mokhochane said IEC’s mandate is to ensure free and credible elections and this would have not been achieved, had it not been the commitment of the commission’s staff.

He showed that the elections which were carried out in consultation with other relevant stakeholders, marked a major milestone in the use of technology which helped in the electoral process, where they introduced amongst others, a portal where voters could register or update their details, uploading of voters roll and transmission of real-time access to results.

He expressed his gratitude to the presence of international observers and partners such as UN, SADC, ECF SADC, EU, Commonwealth and local observers who were visible in all the polling stations, also thanking the support of external partners such as political parties, media and civil society.

He concluded by noting that, despite the challenges such as numerous court cases which delayed electoral processes, IEC remained focused as it believed that those would strengthen it, in its endeavor to deliver its mandate.

A Tanzanian court has released 24 people from the Maasai community facing murder charges, following the prosecution’s decision not to pursue their case 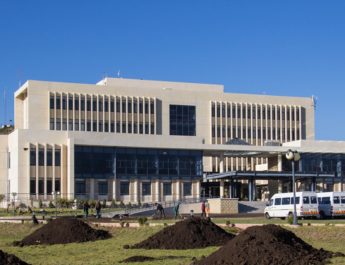