The Government of Lesotho does not fully meet the minimum standards for the elimination of human trafficking but is making significant efforts to do so.

This is according to the Trafficking in Person Report- Upgraded Lesotho Tier 2 release of 2022 as presented by the United States Ambassador to Lesotho Ms Maria Brewer to Minister of Home Affairs, Mr Motalentoa Letsosa.

In this presentation Brewer revealed that the government of Lesotho demonstrated overall increasing efforts compared to the previous reporting period, considering the impact of the COVID -19 pandemic on its anti-trafficking capacity, as a result, Lesotho was upgraded to Tier 2.

She said that an estimated 25 million people around the world are subjected to human trafficking however, commended the government for making significant efforts to meet the minimum standards for the elimination of trafficking also noting that much hard work remains ahead. 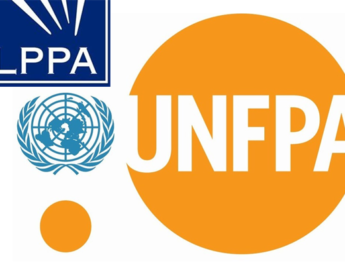 (UNFPA) and (LPPA) have initiated a project on preventing HIV transmission

The Egyptian president Abdul Fattah al-Sisi has promised to provide 30 million doses of coronavirus vaccine to African countries in coordination with the African Union.

Chieftainess ‘Matheko Masupha of Ribaneng Mafeteng has raised concern over the killings involving illegal miners and some members of famo music groups at Ha-Lebona, which are triggered by vengeance.