The management of Storm Mountain Diamond appeared before the Portfolio Committee in Parliament today, after they failed to come for their first appearance as per the committee’s directive.

During the sitting, a member of parliament, hon. Mpali-pali Molefe mentioned that as parliamentarians, they have since realized the community’s grievances regarding the mine’s operations, saying that it had promised to compensate them on their fields which were used by the mine among others, but until now the promise has not been fulfilled.

One of the managers at the mine said they failed to appear before parliament the first time as a person who is in charge got ill and had to go and see the doctor. He said during their negotiations with the community, they reached a conclusion that they will compensate members of the community whom their fields were taken and used by the mine equally, but said they have recently realized that some members of the community are dissatisfied with the way in which the mine is compensating them.

Meanwhile, hon. Molefe showed that as members of parliament, one of their duties is to come in between whenever they notice that communities’ rights are being trampled upon for their well-being. 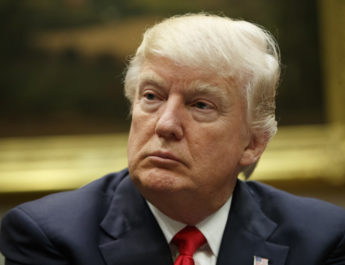 The Deputy Minister of Foreign Affairs hon. Halebonoe Setsabi says Lesotho government is still deliberating on President Donald Trump’s comment on African countries and is yet to decide whether or not to pronounce itself.

The US House of Representatives passed a bill yesterday that would provide federal protection for same-sex marriage amid fears that the Supreme Court could roll back recognition of such unions.