The newly established political party- Revolution for Prosperity (RFP) is still leading the election marathon where it has now won 56 constituencies.

The runner up in this race, the Democratic Congress has won 17 constituencies, followed by one of the main opposition parties- the Alliance of Democrats with two constituencies and MEC, NIP and SR, each bagging one constituency.

The All Basotho Convention which dominated most constituencies in the previous 2017 elections, together with the other opposition party-Lesotho Congress for Democracy, have failed to win any constituency this year.

Meanwhile, the African Union’s head of observer mission to Lesotho and former vice president of Uganda, Dr. Speciosa Kazibwe, has recommended that IEC should carry out analysis about the low turnout of voters.

At least one person was killed and 10 others injured at an opposition party rally in Kwekwe, central Zimbabwe yesterday. 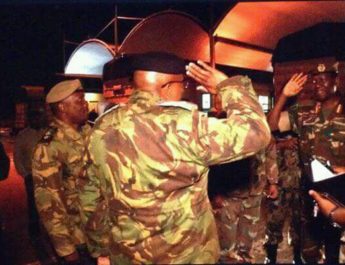