The ongoing rains which have filled rivers and cost lives of many, calls for Basotho to be equipped with swimming skills so that they could save their lives.

This was said by the Minister of Gender and Youth, Sports and Recreation Mrs. Likeleli Tampane during water awareness day held at Maqalika dam last weekend, whose objective was to educate the public about the importance of swimming in open water.

Tampane appealed to local sporting associations such as Lesotho Sport and Recreation Commission and Lesotho National Olympic Committee to work closely with those with swimming knowledge and skills so that the same knowledge can be imparted to others.

LNOC’s President Mr. Tlali Rampooana urged those who had attended the event, to watch and learn carefully as different swimming groups showcased their talent, but most importantly, advised them to learn how to swim and told that open water is not as dangerous as many people perceive.

Water and Sewage Company’s Community Liaison Officer, Mr. Rethabile Lefantsatsa warned the spectators and swimmers that Maqalika dam is full and as thus, should exercise caution as they go about their swimming activities. 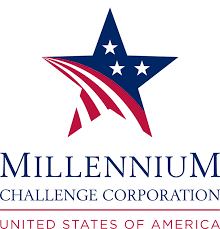 The representatives from Millennium Challenge Corporation- MCC are expected to visit Lesotho to work along with Government of Lesotho partners to identify priorities and facilitate consultations with civil society and the private sector, to ensure that projects incorporate local perspectives and lead to sustainable know-how and self-sufficiency that continue long after MCC’s investment ends.