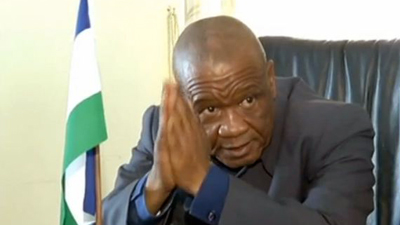 The Prime Minister Motsoahae Thabane yesterday left the country for Angola and Rwanda.

Press Attaché in the Office of the Prime Minister, Mr Thabo Thakalekoala, said the Prime Minister is scheduled to meet the Angolan President, Mr João Manuel Lourenço who is Chairperson of the Organ on Politics, Defence and Security of the Southern African Development Community (SADC) with an intention to brief him of the current political situation in Lesotho.

Mr Thakalekoala further divulged that the PM’s visit to Angola will also focus on an update of the status of the reforms processes that Lesotho is scheduled to embark on towards ensuring an everlasting political stability and peace as per the recommendations made by the SADC.

During the same trip, the Prime Minister will also attend the Rwanda-bound 10th Extraordinary Session of the African Union (AU) Assembly on the African Continental Free Trade Area (AfCFTA) scheduled for March 17 to 21st, aimed at gathering strong impetus to boost economic growth in the African Continent and scheduled to be attended by among others the AU Commissioners, Representatives of the AU Organs and partner Organizations. They are expected to return home on March 27th.

The Department of Gender under Ministry of Gender Youth Sports and Recreation will on March 10th, celebrate the International Women’s month at Manka Play ground in Peka Leribe

The Mokhotlong District Child Protection Team has been encouraged to start preparing for the commemoration of the African Child Day since Mokhotlong will be the host for this year’s national event.

Lesotho Defense Force’s Public Affairs Office has strongly condemned social media allegations that another LDF member on a mission in Mozambique has died.