The Vice President of the Senate has pleaded with the Minister of Education and Training, to show some form of respect to the Senate as expected.

Vice President of the house Mr Ts’epo Monethi said this at the sitting of the house yesterday, following the said minister’ failure to avail herself to the house to answer members’ questions.

Monethi said it has been over a year since the minister of education has been failing to present herself before the house, which shows ignorance and lack of respect to the house.

He indicated that the summoning of ministers to the Senate is not for the benefit of the Senate but of the nation which is expecting answers.

The minister of education and training was asked to outline mechanisms put in place to address high numbers of high school dropouts due to teenage pregnancy which often results in early childhood marriages.

The leader of Basotho National Party Mr. Machesetsa Mofomobe has called to Basotho youth to update their names and register for elections at the Independent Electoral Commission centres around the country. 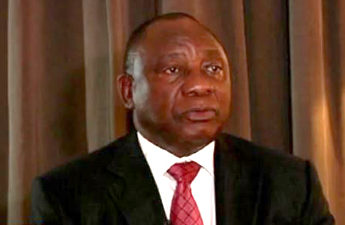