Unsatisfied members of Revolution for Prosperity (RFP) from Makhaleng, Lithoteng, Mechachane, Thaba-Moea and Thaba-Putsoa constituencies who have lost a race to represent the party in the October general elections, have approached the High Court, challenging appointment of representatives.

They allege that they were elected as representatives of the party  procedurally as well as in compliance with the party’s Constitution,

When addressing the court yesterday, their legal representative Advocate Sello Tsabeha argued that there was no need for interference by the executive committee. He emphasised that the party does not have the power to substitute the names of the applicants with those of the respondents.

Legal Representative for the respondents, Adv. Letuka Molati argued that RFP is trying to put standards and find the best candidates as representatives. He stated that they introduced a new model as they tried to do away with traditional practices and bring in transformation

The Court is today expected to give judgement in the matter as the deadline for submission of the names of representatives to the IEC approaches.

The Minister of Trade and Industry Dr. Thabiso Molapo has called on villagers whose fields will be affected during the implementation of Tau – Ts’ehla Development Trust to fully support and protect the project 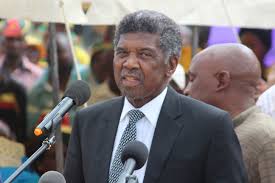 The deputy Prime Minister Hon. Monyane Moleleki says the government of Lesotho is delighted to be working in close collaboration with the United Nations to deliver on its strategic agenda, in particular under the strategic focus of the UN Reform and delivering as one.

The Officer in-charge of Mt. Moorosi Police Station says there is progress with regard to investigations on the theft of 16 bales