Skip to content
Local News
November 28, 2017
Posted By: WebMaster 0 Comment
A World Health Organization (WHO) Global Ministerial Conference has seen 75 ministers agree to take urgent action to end tuberculosis by 2030, a WHO news release has revealed.
According to the release, the announcement came at the first conference on Ending Tuberculosis (TB) in the Sustainable Development Era: A Multisectoral Response, which brought together delegates from 114 countries in Moscow, Russia.
“The Moscow Declaration to End TB is a promise to increase multisectoral action as well as track progress, and build accountability. It will also inform the first UN General Assembly High-Level Meeting on TB in 2018 which will seek further commitments from heads of state,” reads the news release that states that global efforts to combat TB have saved an estimated 53 million lives since 2000 and reduced the TB mortality rate by 37 percent yet the progress has however stalled in many countries where global targets are off-track and persistent gaps remain in TB care and prevention.
As a result, the release states, TB kills more people than any other infectious disease because there are major problems associated with antimicrobial resistance which is said to be the leading killer of people with HIV.
WHO Director-General Dr. Tedros Adhanom Ghebreyesus was quoted as having said the conference marks a critical landmark in the fight to end TB because it signals the long overdue global commitment to stop the death and suffering caused by this ancient killer.
He lamented one of the main problems has been a lack of political will and inadequate investment in fighting TB hence his emphasis that the Moscow Declaration must go hand-in-hand with increased investment.
At this meeting, Ministers meanwhile also promised to minimise the risk and spread of drug resistance and do more to engage people and communities affected by, and at risk of TB.
More than 1,000 participants took part in the conference that resulted in a collective commitment to ramp up action four fronts of moving rapidly to achieve universal health coverage by strengthening health systems and improving access to people-centred TB prevention and care ensuring no one is left behind, mobilising sufficient and sustainable financing through increased domestic and international investments to close gaps in implementation and research.
They also made a commitment to advance research and development of new tools to diagnose, treat, and prevent TB and also build accountability through a framework to track and review progress on ending TB, including multisectoral approaches.
The meeting was attended by ministers and country delegates as well as representatives of the civil society and international organisations, scientists and researchers 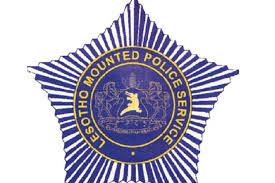 Roma Community say they are relieved and hopeful now that the suspect in the murder of David Makafane has been arrested. 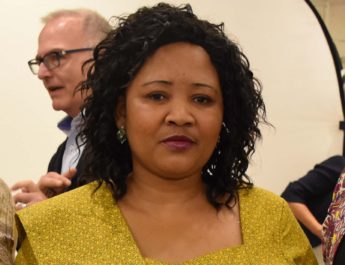 The first lady, Mrs. ‘Maesiah Thabane will celebrate her birthday in Mokhotlong from the 13th to the 14th of this month